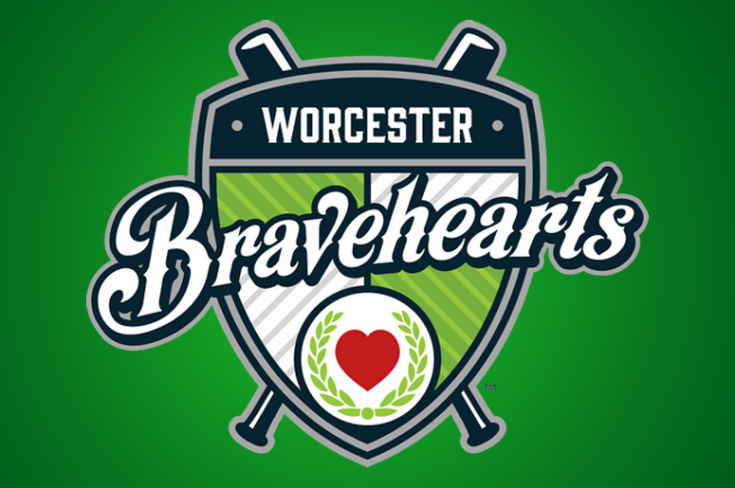 Tuesday saw a first for the Worcester Bravehearts as they headed to New Britain Stadium to take on the Bees, with WooBall taking the role of the home team as the two squads completed a game started at Hanover Insurance Park at Fitton Field on June 22. The Bravehearts are likely happy they got the game to completion as they came out on top 14-4 in a game shortened to eight innings due to the Futures Collegiate Baseball League’s ten-run mercy rule.

Up 3-2 when the game was picked up in the bottom of the third the Bravehearts eventually out the game out of reach with a seven run seventh inning, starting with Kenny Mallory Jr.‘s RBI single. Back to back doubles by Nick Martin and Randy Flores plated three more runs, and a Zach DeMattio RBI single made it 8-2. Bases loaded walks by Nic Britt and Mallory capped the scoring in the frame.

In the eighth, New Britain grabbed a couple runs but in the home half but another DeMattio RBI single and walk by Britt got those runs back. A Mallory bases-loaded double would have scored three, but once the second run crossed the plate it made for a ten-run lead, ending the game.

In the regularly scheduled game, Worcester was the road team and scored seven runs in the third inning but amazingly that wasn’t enough as they went down in defeat 9-8 to the Bees. Down 5-0 after one WooBall got on the board in the second on an El Rico Riley infield hit. In the third, the Bravehearts put up their second seven-run frame of the day with Gavin Noriega‘s RBI triple starting the onslaught, and Alex Neff followed with a home run. After a pitching change Worcester loaded the bases and Randy Flores cleared them with a triple. Riley’s RBI single to left ten scored Flores. But New Britain chipped away at the WooBall lead and scored the game-winner in the bottom of the ninth to earn a split for the day.

The entire FCBL slate of games was postponed due to rain Wednesday, and on Thursday WooBall moved up the start of their home contest against Pittsfield to beat the incoming weather. They probably wished they hadn’t as the Suns blanked WooBall 3-0. The Bravehearts mustered just four hits against the Pittsfield pitchers, wasting a solid start by Bryce Afthim, who allowed just one earned run and struck out seven in five innings.

Worcester went south on Friday to take on the Norwich Sea Unicorns in the only game not postponed due to weather, and using a great start by Jack Choate came out on top 7-2. Choate went five innings earning the win, striking out nine while allowing just a single run.

It seems seven-run innings have become a thing for WooBall as they had another on Friday. Randy Flores started the third inning scoring with an RBI single, and then a Dakota Harris double plated two more. Alex Neff‘s sacrifice fly made it four runs in the frame, and Zach DeMattio RBI single to center made it five. The next batter was Andrew Selima, who launched a moon-shot two-run homer to make it 7-0. The Sea Unicorns grabbed runs in the third and seventh for the final. Tyler Mudd struck out five in three innings of relief.

Saturday was another rain-induced off day for the Bravehearts, and Sunday it was back to Dodd Stadium in Norwich for another match-up against the Sea Unicorns. This one didn’t turn out as well as Friday’s trip with WooBall going down in defeat 4-1. Worcester’s only run came in the top of the first on an El Rico Riley sacrifice fly. WooBall would have three runners reach third the rest of the way but couldn’t push any of them home.

210Sports’ Bravehearts of the week
Pitcher: Tyler Nielsen gets the nod this week, earning a win and not allowing a run in four innings.
Batter: Andrew Selima is this week’s winner, going 5-9 with a double and two home runs in four games last week. He also drove in three runs, walked three times, and scored four runs.