With the starting gun on signing players for the 2017-18 season going off Friday, I thought it would be fun to take a look at three former Worcester AHL players that might make a good fit for the Worcester Railers.

While this list is really just for fun, I did decide to set a couple ground rules in picking the players. First off, they’d have to be available to be signed. That seemed like a no-brainer to me. Secondly, it had to be players that would return to play in the ECHL.

Remember, these aren’t predictions. I’m just selecting players that might be a good fit.

Dan DaSilva seems to be the obvious first choice. He was a fan favorite here in Worcester, and has played in the ECHL before. He’s ripping up the EBEL in Austria, so would likely do well in the ECHL. He also fits well in a leadership role, and would more than likely be the first to wear the captain’s “C” for RailersHC.

Brodie Reid is also another potential good fit, and like DaSilva he’s having great success in the EBEL. He’s another former Worcester AHLer with previous ECHL experience, and his ability to play well in all three zones would make him a great addition to any team.

Peter Sivak only played nine games for the WorSharks, but he’s been tearing up the ECHL for years. The only reason he’s even available is his previous ECHL team, the Alaska Aces, has suspended operations and all their players have become unrestricted free agents. Sivak is not exactly great in his own end, but in the ECHL his offensive skills are off the charts. Scoring lots of goals wins games, and Sivak can do that.

OK, so I said three, but there is one more to add. I should note that there is virtually no chance this player would play for the Railers, mostly because he’s been retired since the end of the 2011-12 season. 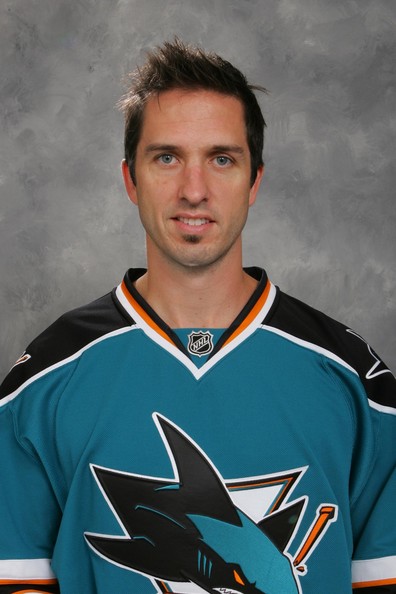 Defenseman Patrick Traverse is one of just two players who played for both the Worcester IceCats and WorSharks (Brendan Buckley is the other), and it seems only natural that RailersHC might sign him to give him the three-peat

On second thought, maybe they could just give him a jersey.