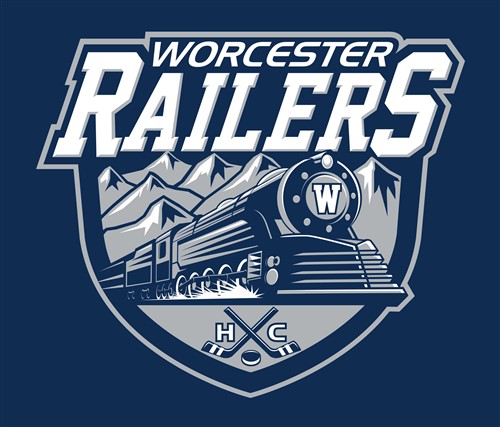 Like what usually happens in home games, I took lots of notes during Saturday’s game and have some stuff that didn’t make it into my game story over on “This Week in Worcester”.

First off, I’m refraining from talking about poor officiating today. It would be far too easy to go off on referee Andrea Barone for what was one of the single worst officiated periods of hockey I’ve seen at the DCU Center last night.

It would take no effort at all to mention that referee Barone was completely fooled into giving Railers forward Woody Hudson a major and game misconduct by Monarchs defenseman Craig Wyszomirski laying on the ice after being bumped into the glass at the end boards. Wyszomirski didn’t miss a shift.

I’m also going to avoid saying his roughing penalty on Manchester defenseman Rob Hamilton wasn’t a good call either, and I will flat out not post that referee Barone apparently has issues counting to four after his call against the Railers for having too many men on the ice while both squads were a man down.

Nope, not going there today.

Instead, I’m going to talk about how poorly the Railers are doing on offense so far this season. Their 2.7 goals per game is 25th out of 27 teams. They’re averaging 29 shots a game, ranking them 23rd in the ECHL. Both of those stats come down to one reason: too many shot attempts being blocked.

Pretty much every player on the Worcester roster is taking too long to shoot the puck once they gain possession in the offensive zone. That gives their opponents time to get into the shooting lane and block the shot. The ECHL doesn’t release blocked shot totals, but I would have no issue betting that the Railers are near the top of the list in having their shots blocked.

I’m not saying that Worcester should play like it’s a game of EA’s NHL ’94 and one-time every pass they receive, but they could take a split second less time making sure the puck is sitting perfectly for their shot and fire it on net a little quicker.

Defensively the Railers are fine, being in the top ten in goals against and shots against. In information shamelessly stolen from @SinBinMonarchs, the Railers are the only team to hold the Monarchs to under 30 shots in a game this season, and they’ve done it twice. Manchester’s shot per game average of 40.67 leads the ECHL.

While the Railers are in Manchester this afternoon I have the day off, as well as Tuesday for Worcester’s morning tilt with Brampton. I will likely have a notes column on Tuesday afternoon though, it really depends on if there’s anything worth writing about.