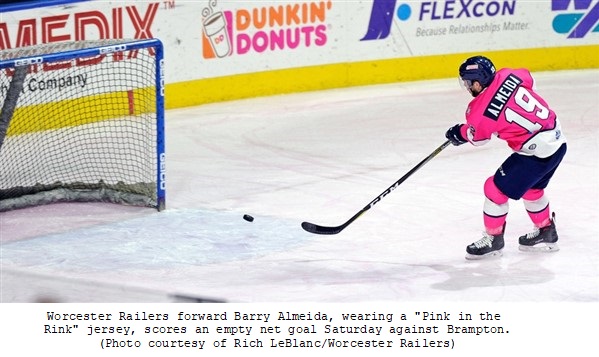 It’s the third time this season Almeida has been named “Railers Player of the Week”, earning the nod this week for his three goals and three assist over three games last week. Almeida, who leads the Railers this season in goals, assists, and points, was also a team leading +3 last week.

The 210Sports Railers Player of the Week goes to the player who performed best over the course of the previous seven days, or who reached a personal or team milestone.

210Sports would like to thank photographer Rich LeBlanc for the use of his photos. You can see more of Rich’s pictures and follow him on twitter right here.