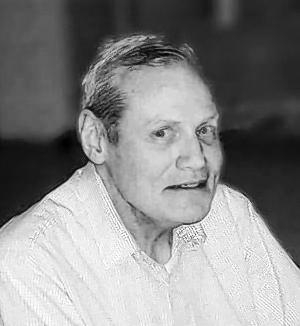 This morning, while I was enjoying a cup of coffee while listening to Hank Stolz’ Talk of the Commonwealth streaming over my speakers I was catching up on some of the news of yesterday. It was there I saw the St. Louis Blues tweet on the passing of sportswriter Larry Wigge.

Now for most of my readers that name means essentially nothing. Wigge wrote for the Sporting News for years, but in the infancy days of the internet other than that he didn’t really have a local connection that folks here would have seen.

During the time of the IceCats here in Worcester Wigge covered the Blues, and if you were a reader of his–which I was– it was obvious the man knew his stuff. He had some of the best sources around, and I’m proud so say I was one of those people he’d call looking for information.

I remember the first time he called. He identified himself, and I was a bit surprised because I knew who he was and couldn’t figure why he was calling me. To this day I have no idea how he got my phone number. It was unlisted and not in any phone book.

He had seen my name attached to a couple of Blues/IceCats items, and needed some help getting stuff on a particular player. Well, actually he wanted to know the reaction of the person I was to ask. He, of course, already knew the answer. It was the reaction he wanted.

So I did what he asked–to be honest, who wouldn’t–and called him back a few hours later.

It was the second conversation that became the building blocks of what I do now and how I do it. We spent about an hour talking about lots of stuff. He answered every question I had, and over the course of several more conversations over the years he continued to add to my knowledge on how this is all supposed to be done.

Oh, and that thing he asked me to look into? He never used it. Turns out it was only really news if the Blues/IceCats pretended it wasn’t. But they knew that if Wigge was asking, or sending someone to ask, there was no sense in hiding the information because odds were good he already knew it.

Because he was that good.

RIP Larry, and thanks for the advice.