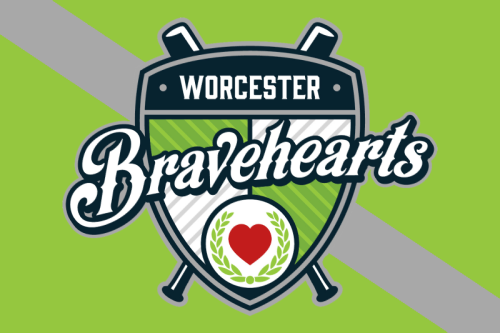 The Worcester Bravehearts did something in the 2021 season that had never happened before in their franchise’s history: they failed to make the Futures Collegiate Baseball League championship series.

To help get the Bravehearts back to their winning ways Bravehearts manager Alex Dion has added two FCBL veterans to his coaching staff, with Kyle Bouchard replacing Alex Denoyelle as hitting coach and Greg Stagani stepping in for Tyler Kelly.

Bouchard is a Nichols College graduate and is the Bisons’ all-time leader in games played (155), doubles (41), RBI (149), and total bases (303), and second in both hits (205, five behind Cam Cook) and home runs (19, two behind Tom Kirby). He finished his senior season as the Commonwealth Coast Conference Player of the Year and in 2020 was named FCBL Championship Series MVP playing for Nashua after hitting .455 in the series.

In a press release, Dion said of his new hitting coach, “I was able to see first-hand the type of player Kyle was in this league from his time on the Vineyard and with Nashua. He is an intelligent, motivated, young coach that has a bright future in the game.” Dion was the hitting coach for Worcester during Bouchard’s time with the Martha’s Vinyard Sharks in 2018.

Stagani won’t be a stranger to WooBall fans, having played for the team during their 2015 championship run. He returned to the Worcester line-up in 2016 and played in the FCBL All-Star Game. He is the WooBall career leader in innings pitched (88.2) and his 16 career starts rank second in franchise history. Stagani is tied for third in all-time Bravehearts wins (6), and at one time his 81 career strikeouts were a franchise-best. In his collegiate career, Stagani’s name is mentioned frequently on the season-bests list during his stint with the West Liberty Hilltoppers, and in 2016 Stagani was named the 210Sports Bravehearts Best Senior.

“Greg is passionate about the Bravehearts, having played here for two summers,” said Dion in the press release. “He is detail-oriented, shares a similar philosophy with me in regards to developing pitchers through summer ball, and is an effective communicator. Our pitching staff is in good hands.”

Despite all the success the Bravehearts have had on the field during their franchise history, they are perhaps even more successful in the stands, with longtime fans continuing to support the team and the family-friendly party-like atmosphere the team provides. That will undoubtedly continue as the Bravehearts have kicked off a “Twenty-Twenty-You” campaign to get fans even more involved with the game.

At many points during the 2022 season, the fans will be able to choose some of the Bravehearts promotions, jerseys, and other celebrations. Fans will have the opportunity to vote on these decisions on the team’s website and social media pages, and on some occasions even get to vote while the game is going on. In what will likely drive some baseball purists a bit nuts on June 7th and 8th, the Bravehearts’ annual “Baseball in Education Days”, fans will be able to vote to change the rules of the game between batters. Be prepared for some odd stuff happening on those dates.

“Twenty-Twenty-You is not just a catchy slogan, it is the definition of how the Bravehearts will operate for the 2022 season,” said Bravehearts General Manager Dave Peterson in a press release. “After two summers of pandemic baseball that prevented us from seeing a majority of our great fans, Twenty-Twenty-You will be the unofficial homecoming to Fitton Field. The entertainment will be unlike anything anyone has seen before.”

Returning this season are the usual WooBall event nights like Scout Night (June 17th), Bark-in-the-Park (July 13), Craft Beer Night (July 14th), Camp Day (July 28), Military Night (July 29), and Hockey Night (July 30th). On June 11 the Bravehearts will hold their first-ever Worcester Tornadoes Night, where the team will wear throwback Tornadoes jerseys and the game will feature promotions from the early stages of the team. The next night the Bravehearts will take part in the Worcester Tercentennial Celebration.

The Bravehearts have a few players returning from last season, led by 210Sports 2021 WooBall MVP Gavin Noriega. The first baseman from Marist College was at or near the top of virtually every offensive category there is last season, and if he has a similar 2022 campaign he’ll write his name multiple times into the franchise’s record book. Other returnees include outfielders Mark Darakjy and Mark Darakjy, infielder Lewis Barnum, and pitchers Jared Kapurch, Hunter Reynolds, and LJ Keevan.

Fans looking for tickets for any home games can head on over to https://www.worcesterbravehearts.com/ and click on the “tickets” tab, or if you’re interested in any of their many ticket packages or group rates you can also contact the Bravehearts Front Office at 508-438-3773. We’ve included the schedule at the end of the post.

When you look at value for your money this summer the Bravehearts can’t be beaten, so if you’ve never gone to a game treat yourself and your family to one at Hanover Insurance Park at Fitton Field early this summer. That way when you’re hooked you’ll have plenty of time for more games.