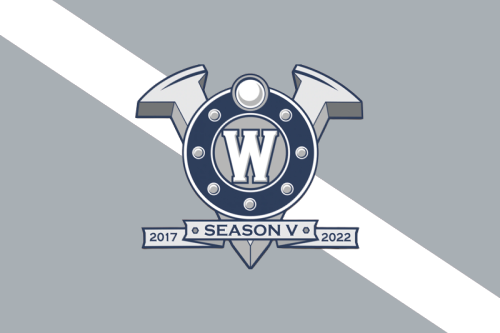 GLENS FALLS, NY — The Worcester Railers visited the Cool Insuring Arena Friday night for another battle against the Adirondack Thunder, looking to extend their ECHL record season-opening nine-game winning streak, but despite Steve Jandric’s three-point night the Railers didn’t compete for the full 60 minutes and lost 4-3.

We’re only ten games into the season, but a trend has already started to develop with Jordan Smotherman’s gang suddenly forgetting they’re playing hockey. Even while winning there were swaths of most of the games where the team was essentially just surviving, not doing the things that were giving them multi-goal leads. Eventually, they’d snap out of it, and usually cruise to victory.

On Friday, the lull was a long time, and they didn’t recover until it was far too late.

Things were looking good early on when Quinn Ryan scored a highlight goal to make it 1-0 6:18 into the contest.

QUIN!! What an effort down the ice! 1-0 Railers!#AllAboutTheW | #RailersHC | #Worcester pic.twitter.com/RK94g8eF14

For some reason, referee Tyler Hascall took a second look at the goal. There was a chance the play was offside, but that’s not reviewable in the ECHL.

BRANDT! His second of the season makes it 2-0 Railers!#AllAboutTheW | #RailersHC | #Worcester pic.twitter.com/q4mujJQH3f

But they really weren’t.

With under two minutes to go in the opening period Patrick Grasso tipped a Matt Stief shot past Worcester netminder Ken Appleby to make it a 2-1 game. Appleby immediately signaled to referee Hascall it was hit with a high stick. Hascall didn’t even consult his linesmen and ruled the goal good.

The play is not reviewable in the ECHL, but it likely wouldn’t have mattered as neither angle shown in the arena was conclusive. From this writer’s vantage point it looked to be the right call, or maybe more correctly, it looked like a play I’d want to count if the jerseys were reversed.

In the second period, Adirondack would tie the game after Appleby accidentally knocked the puck into his own net. Shawn Weller deflected a Colin Long shot on goal. Appleby fought it off but knew he didn’t have the puck, so he looked behind himself for it, and in doing so brushed the puck that was laying on the goal line into the net.

With time winding down in the middle period the Railers fell into a deeper sleep, and Weller took advantage of the situation with a goal at 19:20 to send Worcester to the dressing room trailing 3-2.

Old friend Grant Jozefek made it a 4-2 contest with just under four minutes to go in regulation and the many Worcester fans who made the rainy trek to Glens Falls were just hoping for a miracle to keep the winning streak alive.

Jandric did his part, scoring a nice goal on a deflection with 21.6 seconds left on the clock, but the Railers didn’t pressure the Thunder again as time expired.

In an odd transaction, Thursday saw EBUG Joey Spagnoli signed to a contract on Thursday morning, only to be released after practice. Being on the road, access to the Railers to ask questions is limited, but the best guess is either Appleby or Tikkanen was unavailable to practice so the Railers brought Spagnoli in.

It was the first time this season Worcester wore their white jerseys, with Adirondack going with their red road jerseys. There was perhaps some gamesmanship going on, with the Railers being told the Thunder would be wearing a dark specialty jersey, putting Worcester into their whites. Only Adirondack wasn’t in a special jersey. This season the home team is supposed to wear white in the first half of the season, so might this have been an attempt to get the Railers out of their orange sweaters? In any case, the Thunder will be in a specialty jersey for Saturday’s game.

There were a few things usually worth mentioning in the post, but with the pouring rains soaking this writer’s notepad none are available right now. Look for a post-road trip entry here on 210Sports on Monday with some additional stuff.

The 210Sports Player of the Game was Jared Brandt.