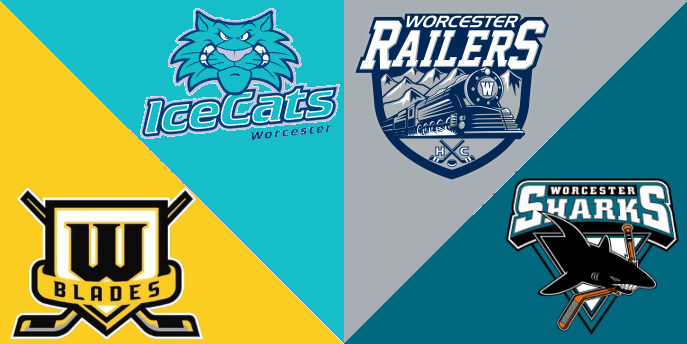 As we swing through the Thanksgiving holiday weekend it’s time to take our first look at how some current and former Worcester pro players are doing in the 2022-2023 season.

For the North American pro leagues, any player that’s in their league’s top 20 makes the cut, and for the European leagues, it’s just those in the top ten in the league. Goaltenders only get a mention if they meet their league’s qualifying minimums.

The NHL portion of these posts is getting smaller and smaller, with just four different players making the listing. Dallas’ Joe Pavelski gets two mentions, with his four power-play goals tying for 17th and his plus-15 rating tying for fifth. For the San Jose Sharks, Logan Couture‘s 11 goals tie for 11th, while Tomas Hertl‘s 15 assist ties for 19th. After a long absence, Alex Stalock hits the list again with his .914 save percentage for Chicago, which ties for 16th.

There is only one AHL entry, with Chris Tierney‘s single overtime goal for Charlotte tying for first. Usually, stats that have 15 or more players tying for the final spot or where it happens only once to lead a league wouldn’t be mentioned here. But as Tierney is the only former player getting a mention for the league we’ll bend our rules for this one.

Four other current Railers skaters make the listing, all for plus/minus. The recalled Ryan MacKinnon is still tied for fifth at plus-15, fellow blueliner Jared Brandt is tied for 12th at plus-11, and Reece Newkirk and Myles McGurty are tied for 20th and plus-nine.

For Worcester’s current goaltenders, Henrik Tikkanen‘s seven wins lead the ECHL. His 2.02 goals-against average is fourth best, and his .932 save percentage is fifth best. Ken Appleby‘s six wins land him in fourth and his 2.71 goals against average is 20th best.

Allen’s Jack Combs also gets three listings. He also has three game-winners, and his eight goals tie for 11th and his 17 points tie for sixth. Tulsa’s Eddie Matsushima ties for sixth in two different categories, goals (9) and game-winners (2). Atlanta’s Mike Pelech makes the list with his three power-play goals tied for seventh.

Railers short-time netminder Luke Peressini ties for tenth with four wins, and Wichita’s Evan Buitenhuis ranks 18th in the ECHL with a .916 save percentage.

Down in the SPHL, Fayetteville’s Carlos Fornaris hits the list twice, with his seven assists tying for 15th and his 11 points tying for 11th. Roanoke’s Billy Vizzo has five goals, tying for 15th, and Quad City’s Tommy Tsicos seven helpers ties for 15th.

For the netminders, Brody Claeys from Roanoke has three wins that tie for eighth and his 2.41 goals against that ranks eighth. Knoxville’s Jimmy Poreda 2.44 goals against are ninth, and Jason Pawloski from Fayetteville gets two mentions, with his four wins tying for fourth and his .920 save percentage tying got ninth.

Overseas, in the EIHL Zack Phillips‘ ten goals tie for sixth, and Brodie Reid‘s 14 assists tie for eighth. Eamon McAdam makes the post three times in that league, with his nine wins ranking third, and his 2.85 goals against and .914 save percentage both ranking fourth. James Sheppard gets two ICEHL mentions, with his 16 assists tying for fourth and his 21 points tying for sixth. Sacha Guimond leads Ligue Magnus with 18 assists, and his 20 points tie for sixth.

Two more goaltenders close out the list, with Harri Säteri leading the Swiss NL at 11 wins and Mitch Gillam tying for seventh in Norway at six victories.