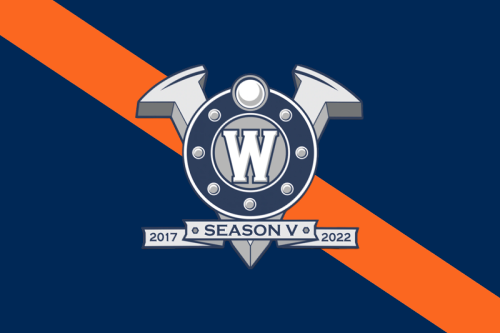 The Worcester Railers and Newfoundland Growlers met for the last time this regular season at the Mary Brown’s Centre in St. John’s, and twice in the contest Worcester allowed three consecutive goals to lose 6-4 and manage just a single point in the three-game series.

As they did on Friday the Railers scored first, and with their first shot of the game to boot when Nolan Vesey lit the lamp.

Biscuit in the basket!!! Nick Fea gets his second goal at a Railer. Railers 2-0!#AllAboutTheW | #RailersHC | #Worcester pic.twitter.com/OAiJfPOlDm

The teams went to the dressing room after 20 minutes with the Railers carrying that 2-0 lead, but by the next intermission, Worcester would be skating off down 3-2 as Newfoundland connected three times in 4:16 of action in the middle of the frame.

But the rag-tag Railers didn’t give up, and Christain Evers’ first pro goal knotted the score 3-3.

It was Evers’ first goal at any level of hockey since scoring two for the University of Vermont on January 9, 2021, in a 4-3 Catamounts loss to the University of Maine. Railers forward Jack Quinlivan played in that game for the Black Bears.

The Railers retook the lead at the ten-minute mark of the final frame on a goal by Quin Ryan.

At posting time the assists are listed as Evers and Artur Terchiyev, but the Ukraine defender will be losing a point on that as the primary assist obviously belongs to Fea.

That would cap the scoring for Worcester, but since the final was 6-3 for Newfoundland we know the Growlers score three times over the final ten minutes to send the Railers home after a completely wasted weekend.

GAME NOTES
Scratches for the Railers were Phil Beaulieu (IR/unknown), Bobby Butler, Blake Christensen (IR/unknown), Liam Coughlin, Reece Newkirk, Jack Quinlivan (IR/unknown), and Anthony Repaci. Henrik Tikkanen was the backup goaltender. Worcester went a man short, using ten forwards and six defensemen. In a pregame interview head coach Jordan Smotherman confirmed the flu is running through the team, and even some of the guys playing Saturday were not feeling 100%.

ECHL referee Brendan Schreider was at it again on Saturday night. After a phantom overtime penalty call on Myles McGurty and calling penalties as if he was watching a different game on Friday referee Schreider missed an obvious high-stick foul by the Growlers Pavel Gogolev on Quin Ryan that sent Ryan to the ice bleeding enough that it took the ice crew several minutes to clean the ice up. It was a penalty that was at a minimum a double-minor, and could easily have been a major penalty. How big was that no-call? It would have given the Railers a five-on-three power play for 45 seconds and another 3:15 of a man advantage, and if called a major, would have sent Gogolev to the showers. From the point of the missed call, the Growlers outscored Worcester 6-2, including Gogolev scoring two goals. The Railers might want to send the video of the high stick to the league, even if only to get an explanation of how that wasn’t called a penalty.

Worcester will now head into the ECHL’s All-Star break, with Collin Adams being the team’s representative in Norfolk for Monday’s game. Former Railers forward Max Newton of the Reading Royals will join Adams on the Easter Conference squad, while Lincoln Griffin of the Cincinnati Cyclones and Eddie Matsushima of the Tulsa Oilers will represent the Western Conference. The Western Conference will be coached by former Worcester IceCats forward Jason Payne, who replaces Idaho head coach Everett Sheen, who is unable to attend the event due to Idaho’s game at Utah on Monday because for some reason the ECHL schedules regular season games on the same day as their All-Star game. The other two teams will be the Norfolk Admirals roster cut into two, with Norfolk head coach Jeff Carr and assistant coach Joel Rumpel, who signed an ATO with the WorSharks but never dressed for a game, coaching the Cruisers. The other team in the three-on-three tourney is called the Destroyers, and there seem to be no Worcester connections on the roster.

The Railers’ post All-Star break schedule is a tough one right out of the gate as they host Newfoundland on Friday, and then Maine comes to town for a game on Saturday after having Friday night off. On Sunday Worcester faces another rested team as Trois-Rivieres plays at home on Friday and will bus six hours early Saturday for their Sunday matinee match-up with the Railers.

It annoys this writer when I notice something odd, and then have to go back to see if it’s always been that way or if it is something new. Early in Saturday’s game, I noticed the score bug in the top left on the broadcasts out of Newfoundland listed the teams backward, with the road team Worcester placed at the bottom as opposed to on top which is the unusual way of doing it here in North America. The lone exception to this appears to be soccer, because, well, it’s soccer. At least through this season, its been that way every game, and I’m far too lazy to dig deeper to see if it goes back further than that. They’ve nicely got the team colors correct, so they get a plus-1 for that.

The 210Sports Player of the Game was Nick Fea.