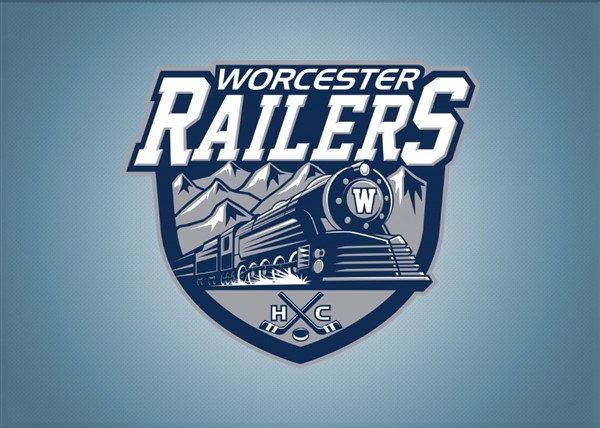 The Worcester Railers headed to Newfoundland to take on the Growlers in a pair of games to close out the year hoping to end 2019 on an up note, but it was the same old song and dance Monday night as the Railers were doubled up by the Growlers 6-3.

Worcester managed to get on the board first with a power play goal at 3:20 of the opening period. After squandering over a full minute of five on three where Worcester had just a single shot on goal Nic Pierog gave his team the 1-0 lead with a booming slap shot that beat Newfoundland netminder Parker Gahagen. Jordan Samuels-Thomas set up the play with a nice cross ice pass to Pierog standing at the top of the circle to the left of Gahagen. Shane Walsh had the secondary helper.

But that was it for Worcester’s highlights until late in the game. The Growlers would tie it on a power play goal of their own at 10:57 when Marcus Power knocked a rebound chance past Railers goalie Ian Milosz. Newfoundland made it 2-1 with 39 seconds left in the frame when Worcester failed twice to clear the puck out of their zone. Former Railers defenseman Tommy Panico set up Trey Bradley for the score.

The next three goals would belong to Scott Pooley as the Holy Cross alumnus put up a natural hat trick. His first came while even strength at 8:27 of the middle period, and his second was on an unassisted shorthanded breakaway at 10:49. His third came on the power play at 14:34 of the third period, which should have been the end of things.

Only the Railers made a mini-comeback of sorts, which just shows what this team can do if they can ever figure out how to get everything going in the right direction.

At 15:32 of the frame Drew Callin took a Dante Salituro drop feed and lasered one over Gahagen to make it 5-2. The Railers then went on the power play, and Barry Almeida beat Gahagen just six seconds into the man advantage to make it 5-3. Pierog and Walsh had the helpers on the play.

Railers head coach Dave Cunniff then pulled Milosz for an extra attacker, but Worcester couldn’t grab another score. At what is officially 19:59, although it certainly appeared to cross the goal line after the horn, Pooley added his fourth of the game into an empty net for the 6-3 final.

The two clubs close out the year with a game Tuesday with a 2:30 EST puck drop.

Monday night’s win was the 21st of the season for Newfoundland. To get to 21 wins for Worcester you’d have to count games going back to February 15, 2019 when Worcester beat the Americans in Allen 6-2. In 103 regular season games the Growlers have 64 wins, in the Railers 174 they have 79.

The 210Sports Player of the Game was Drew Callin.