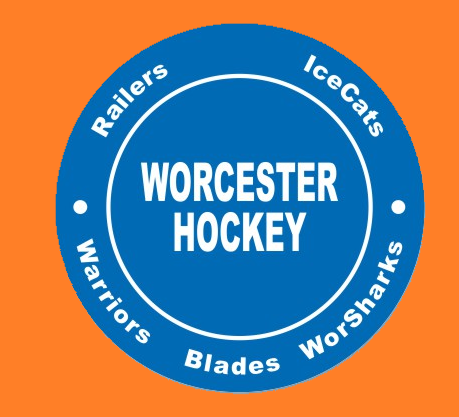 Over on the 210Sports Facebook page I’ve been posting daily updates for each day in Worcester hockey history. In case people missed some, I’ll gather them at the end each month here on the blog.

10
1995 – The St. Louis Blues, the NHL parent club of the Worcester IceCats of the American Hockey League, announced they will set up their training camp at the New England Sports Center in Marlboro. The Blues will train in Marlboro because their facility near St. Louis, the U.S. Ice Sports Complex in Chesterfield, Mo., is not finished.
2020 – The Worcester Railers sign Nicolas Luka.

17
1994 – The Worcester IceCats hold their first scrimmage open to the public at the then-named Centrum.

18
1996 – The Worcester IceCats name Greg Madden as their radio play-by-play announcer on WTAG (580-AM) and director of media and public relations.
2003 – The St Louis Blues named Brent Karasiuk as president of the Worcester IceCats and Larry Pleau as IceCats general manager. Karasiuk remained chief operating officer and general counsel of Paige Sports Entertainment. Pleau, who was also the Blues’ senior vice president and GM, essentially named himself as IceCats GM.
2020 – The Worcester Railers sign Mason Baptista.

22
1954 – Larz Anderson announces he has purchased a team in the newly reformed Eastern Hockey League and will play home games at Worcester Arena. Their first game will be November 14 in New Haven.
Birthdays: Frank Dichiara (1993)

27
2001 – John Ferguson, Jr was promoted to president and governor of the Worcester IceCats.
Birthdays: Matt Francis (1985)

28
1995 – The St Louis Blues acquired Dallas Eakins from the Florida Panthers in exchange for a 1997 fourth-round pick.
1997 – Pascal Rheaume claimed by St. Louis from New Jersey in Waiver Draft.

29
1988 – The St Louis Blues acquired Kent Carlson, a 1989 twelfth round pick (Sergei Kharin), and a 1990 fourth-round pick from the Winnipeg Jets in exchange for Peter Douris.
1994 – The Worcester IceCats signed Rob Melanson to a free-agent contract.
2006 – Defenseman Patrick Traverse was claimed on waivers by Montreal when San Jose tried to send him to Worcester.
2016 – The AHL announced that Bryan Helmer had been selected for their league’s Hall of Fame. Helmer played 70 games for the Worcester IceCats and was their captain for the 1999-2000 season.
2019 – The Worcester Railers sign Jordan Samuels-Thomas.
Birthdays: Normand “Bill” Belisle (1929); Rudy Poeschek (1966); Joe Hulbig (1973)