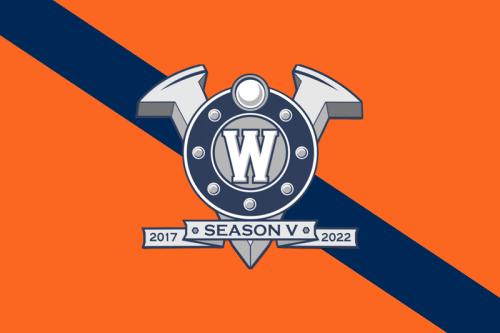 The Worcester Railers and Trois-Rivieres Lions met Sunday afternoon at the DCU Center, and for the first time since New Year’s Day Worcester put one up in the win column as they defeated the Lions 3-2 in front of 3,369 very loud fans.

It was the Railers’ first win in regulation since December 18th against Newfoundland.

Newcomer Nick Fea opened the scoring for Worcester just 46 seconds into the contest.

Just a few moments later Billy Jerry made it a 2-0 lead.

EARLY AND OFTEN!!! Billy Jerry back in the lineup gets his second goal of the season! Railers up 2-0!#AllAboutTheW | #RailersHC | #Worcester pic.twitter.com/meoWma6Pmb

It stayed a two-goal game until the halfway mark of the middle period when Trois-Rivieres used some nice tic-tac-toe passing to set up D-Jay Jerome at the far post to make it 2-1.

Blake Christensen would give his team its two-goal lead back with a nice conversion on a rebound.

Worcester looked to be heading to the dressing room up two, but the Lions had other ideas and Cedric Montminy scored with 8.8 seconds left in the frame as the Railers slept a bit.

To the final frame the teams went and thanks to a few big saves from Henrik Tikkanen the Railers finally were able to send the fans home happy.

It was a tough game for linesman Shane Kanaly as he took a Railers clearing attempt off his right hand early in the second period. It obviously hit hard because while you couldn’t hear it the puck bounded quite a long distance away. Like most linesmen, Kanaly is a gamer and kept working the lines for the remainder of the frame. When he came out for the third you could see the wrist/hand area was tightly wrapped. Still hit all the marks though.

As I was leaving the DCU Center I was stopped by a fan and asked what DOGCHOP meant, as I had tweeted it twice this weekend. In the old days, the penalty was called “delay of game, closing hand on puck”, or as it became known as, DOGCHOP. Now it’s just called “closing hand on puck”, which isn’t nearly as fun to type. He then mentioned it took him years to figure out what a “Roy Sommer line change” was, and laughed when it finally dawned on him.

In one of those odd moments that occasionally happens, on Saturday during our usual pregame gathering this writer, Railers broadcaster Tim Foley, and arena DJ Ryan McConville were discussing Worcester hockey history, specifically games against the Beast of New Haven. Foley, being much younger than the other two of us, had never heard of the long-defunct AHL. McConville looked up the Beast’s logo and showed Tim as we talked about their jerseys and other IceCats/Beasts stories. Flash forward to pregame Sunday where McConville and I are just hanging out on the concourse, when along comes a husband and wife, and she’s wearing a Beast of New Haven game-worn specialty jersey. It was a St. Patrick’s jersey, so the clash between the neon logo and the green sweater was amazingly awesome. We chatted with the couple for a while until Tim shows up, and he is as shocked to see that jersey as we were. So next game I think we should talk about lottery numbers.

The 210Sports Player of the Game was Blake Christensen.

Our affiliates last night
None